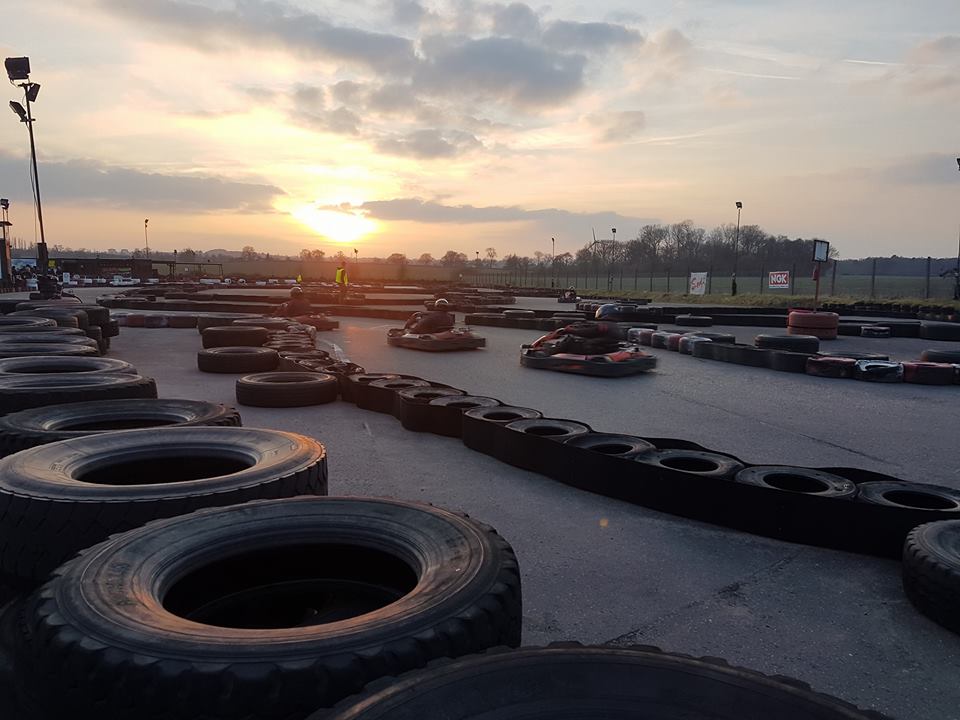 In your teams you will have a 30 minute practice on the main track and then you and your team will compete in a 2 hour endurance race whilst raising money for the fabulous Stan Bowley Trust.

The Stan Bowley Trust became a registered Charity in October 2011. We were formed by friends and family of Alan “Stan” Bowley, a former Staffordshire police officer who died of cancer. Stan’s journey with cancer began many years earlier having being diagnosed initially in June 2000. As a result of this he received traditional surgery to remove a tumour from his duodenum and part of his pancreas.

Seven years after the first diagnosis he received the devastating news that the cancer had returned. This time it was growing around a major blood vessel and the signs for his future were not favourable.

It was at this stage Stan discovered CyberKnife.

CyberKnife at that time was not available in the United Kingdom. It was available in Europe and beyond. However, due to the lack expertise in relation to Stan’s condition in Europe at the time, it was decided that Washington D.C. was the ideal place for him to be treated.

Family and friends rallied around and through fund raising and the kind generosity of Staffordshire Police in region of £40,000 was raised to send Stan to the USA. Once there he successfully received the CyberKnife treatment and a couple of days later he flew home.

A short time later he returned to work and enjoyed family holidays.

A miracle had been found!…..but people close to Alan could not believe that this treatment process was not available to all that needed it in the UK. Hence in 2008 The Stan Bowley CyberKnife Trust was born. Following a re-structure in 2011 the organisation was re-named The Stan Bowley Trust, with the aim to raise the awareness and funds for CyberKnife in the North West and the Midlands.

We have subsequently joined forces with the Queen Elizabeth Hospital Charity. They identified CyberKnife as a treatment process that would benefit some cancer sufferers in the surrounding geographical areas. Following extensive fund raising a CyberKnife machine was installed in the summer of 2013 and has actively been treating patients ever since.

We at The Stan Bowley Trust are extremely proud to have been a major contributor towards the fund raising that purchased this CyberKnife machine, but it does not stop there……

Request a Call Back